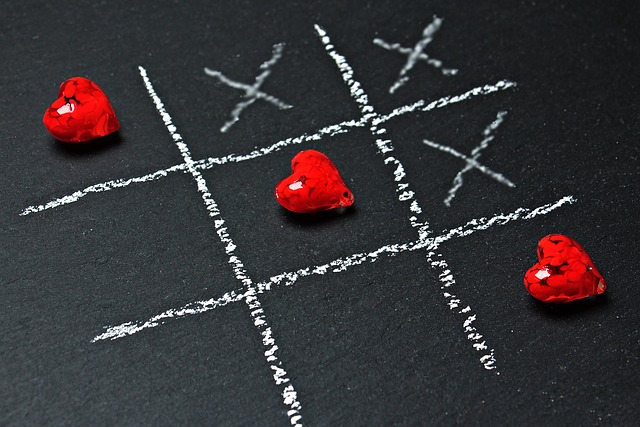 Nearly two decades ago, a psychic told me that I would have three more serious relationships in my life. He gave me some physical attributes, three zodiac signs, different information. It took forever for any of it to start coming true because I was really hurt and swore off relationships and men for a long time. I was completely closed off and unavailable. And I was miserable. Then, when I started letting people back in I was surprised to notice things starting to unfold just as that psychic had said they would.

White trucks, dark haired men … I found myself in the USA travelling across many states, which had been laughable, completely preposterous, when the psychic first told me. Even zodiac signs matched up. It was enough to convince me I had met the best psychic ever! Which I still believe. His foreknowledge is uncanny.

But back to the three … he said there would be three, but there have been more entanglements than just three. Although, there have been two very serious relationships and one that could have been something, it definitely had potential. I have forgotten much of what he said but I do remember that he said I would believe the first was the one, but there would be three, and out of them, the second would actually be the one for me.

I’ve been thinking … if I have already met them all, then there are only entanglements left for me, nothing serious … unless I reconnect with one of the three. And if I have still have a third, that means I’ve just left “the one” … either way it’s kind of sad. Which is why I think it’s definitely time for another reading! Because things change, and that was a long time ago. My future could be quite different now.

I know that I am quite different now. I used to be commitment phobic, afraid to get in too deep for fear of getting my heart broke, being destroyed, or getting stuck. Now, love keeps kicking the crap out of me, and I just keep getting back up and embracing more. It has taken many decades but I’ve learned that there is no relationship that can completely destroy me, I am so much stronger than any heartbreak. And I’ve learned that love, true love, is so worth it, even if it’s only six months or a few years, it’s worth it. So, I remain open … to entanglements … to relationships … but most of all, to love.